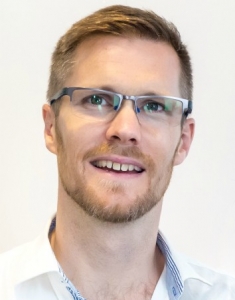 Having worked for 20 years in healthcare, Glenn has a vast scope of experience. His first degree was in Sports Rehabilitation, after which he studied at the University of Surrey to become a Chiropractor.

Later in Glenn’s studies he dedicated time to research, publishing and presenting on topics of pelvic biomechanics at international conferences; going on to lecture at postgraduate level, and then to deliver training on behalf of the Royal College of Chiropractors in the UK. Responsible for the tutorship of newly qualified Chiropractors in the South of England.

Early on his career Glenn realised that the “normal standard of care” was not enough. What patients were getting was not the same as what family and staff were getting. Something was wrong. The healthcare paradigm was run by budgets and expectations of “quick fixes”. And meanwhile, the families of Chiropractors were getting adjusted regularly, staying fit and healthy, and enjoying a higher state of health and wellbeing.

He opened a small group of clinics near London, growing a team of Chiropractors, Physiotherapists, Nutritionists and Coaches. Working together, they established new standards of care, allowing clients to reach new levels of health. Glenn operated a waiting-list practice, and had many recreational and international sportspeople travel to visit, including Olympic athletes. I owned and practiced in this setting until 2016.

“The process of wellness is just that- a process rather than a destination. Each of us has our own individual hobbies, interests, taste in food. While trying to optimise our own family’s health and wellness, I have learnt ways to support people in all stages of this journey. This information is packaged in our Workshop series- the classes in which our patients explore ways to optimise their own health and wellness”.

From 2006, Glenn started his own personal journey into true wellness, studying and attending conferences, but most importantly, living in a truly congruent, wellness lifestyle. In the process, his patients have reached levels of health and vitality which they had stopped even dreaming of.

Core to this has been providing Chiropractic Care as it was designed to be, as it was intended to be: pure chiropractic, aimed at improving human function rather than treating pain or symptoms. With all of the focus on finding and removing spinal interference which is stopping the body from healing and being its best.

“My simple commitment is that every client receive the same level of care and advice as I give to my own family. The greatest compliment is whole families, of three and even four generations, choosing Chiropractic care with us as a key to living a healthful, fulfilled and happy life. Our results are amazing, and the key to that is keeping it simple, and knowing the limits of what we can do”.

Though Farah isn’t a Chiropractor, she is married to one, and lives by the Chiropractic philosophy! Farah is so passionate about this profession that she swapped her successful corporate career to set-up with her husband, Glenn Duffy, their lively and inspiring Chiropractic practice in Marbella.

Farah has spent 13 years working for multinationals including Sony, Ernst & Young, Mitsubishi and Burberry in the United Kingdom. An award winning engineer, after graduating with first class honors, Farah has built a successful track record of shaping and delivering complex projects across Research & Development, Marketing, Operations, Strategy culminating in executive leadership with a global remit. 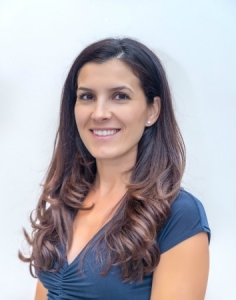 She won WES Young Woman Engineer of the Year in 2009. All this experience and expertise she brings to the family practice, where the whole team is passionate about working with people and supporting them in their transformational health journeys.

“Our vision is to bring to our practice members a natural perspective of health and wellbeing, and help them to live to their maximum health potential.”

One of her biggest passion is giving back and women’s empowerment and girls’ education. Farah is part Moroccan, and this heritage and upbringing have fuelled her passion for the empowerment of the women of this country and the wider continent.

She is a keen sports woman, a passion she shares with her husband. She won a Silver medal for Britain at the Duathlon European Championships in 2012, raced for a UK road cycling women’s team, climbed one of Himalaya´s peaks 5.500 m amongst other mountaineering experience, cycle-toured across the world, and now she is focusing on tennis as her main sport.

“My healthy habit routine has to have doses of meditation, run´s and exercise, clean eating and lots of play with my family. My strongest value is family, and therefore I love to spend quality time with my husband, two young children, and two dogs.” 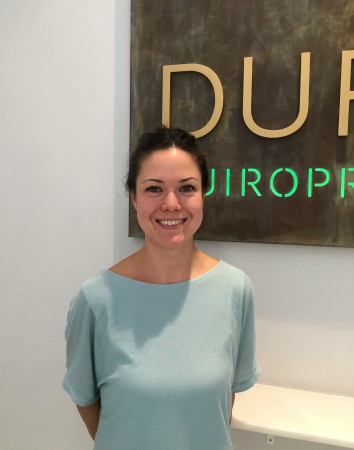 Liz started working with us in November 2017, when we were just five months old! She landed into a whirlwind as two weeks later Farah had her baby Ayan, and both Glenn and Farah’s attentions were drawn elsewhere. Yet she took control and settled things down, always the comforting voice on the phone for current and new patients.

Having grown up in England with a British father and a Japanese mother, Liz went on to study Hispanic studies at the University of Sheffield. Her adventurous nature led her to travel and work abroad, in particular in Central America where she worked in Venezuela, Peru, and Bolivia before returning to the UK to work in high-end hospitality.

Realising she wanted to do more to give back, she followed her love of all things Hispanic back to Costa Rica, where she worked for Raleigh International Charity, managing various aid projects over two years. She returned to Europe to be closer to her family and chose to move to nearby Marbella before coming to join the team at Duffy Quiropractica.

I enjoy being an important part of that journey, answering questions and especially helping new patients feel comfortable in a new environment. Working here has helped me too – not only do I get regular chiropractic adjustments, but the constantly evolving Workshops and Health Classes are fascinating to listen to.”

When not at work, Liz enjoys her pastimes of Photography, Yoga and enjoying nature and the outdoors, but most of all long sunset strolls along the beautiful Marbella beaches!

This site uses cookies. By continuing to browse the site, you are agreeing to our use of cookies.

We may request cookies to be set on your device. We use cookies to let us know when you visit our websites, how you interact with us, to enrich your user experience, and to customize your relationship with our website.

Click on the different category headings to find out more. You can also change some of your preferences. Note that blocking some types of cookies may impact your experience on our websites and the services we are able to offer.

These cookies are strictly necessary to provide you with services available through our website and to use some of its features.

Because these cookies are strictly necessary to deliver the website, you cannot refuse them without impacting how our site functions. You can block or delete them by changing your browser settings and force blocking all cookies on this website.

We also use different external services like Google Webfonts, Google Maps and external Video providers. Since these providers may collect personal data like your IP address we allow you to block them here. Please be aware that this might heavily reduce the functionality and appearance of our site. Changes will take effect once you reload the page.